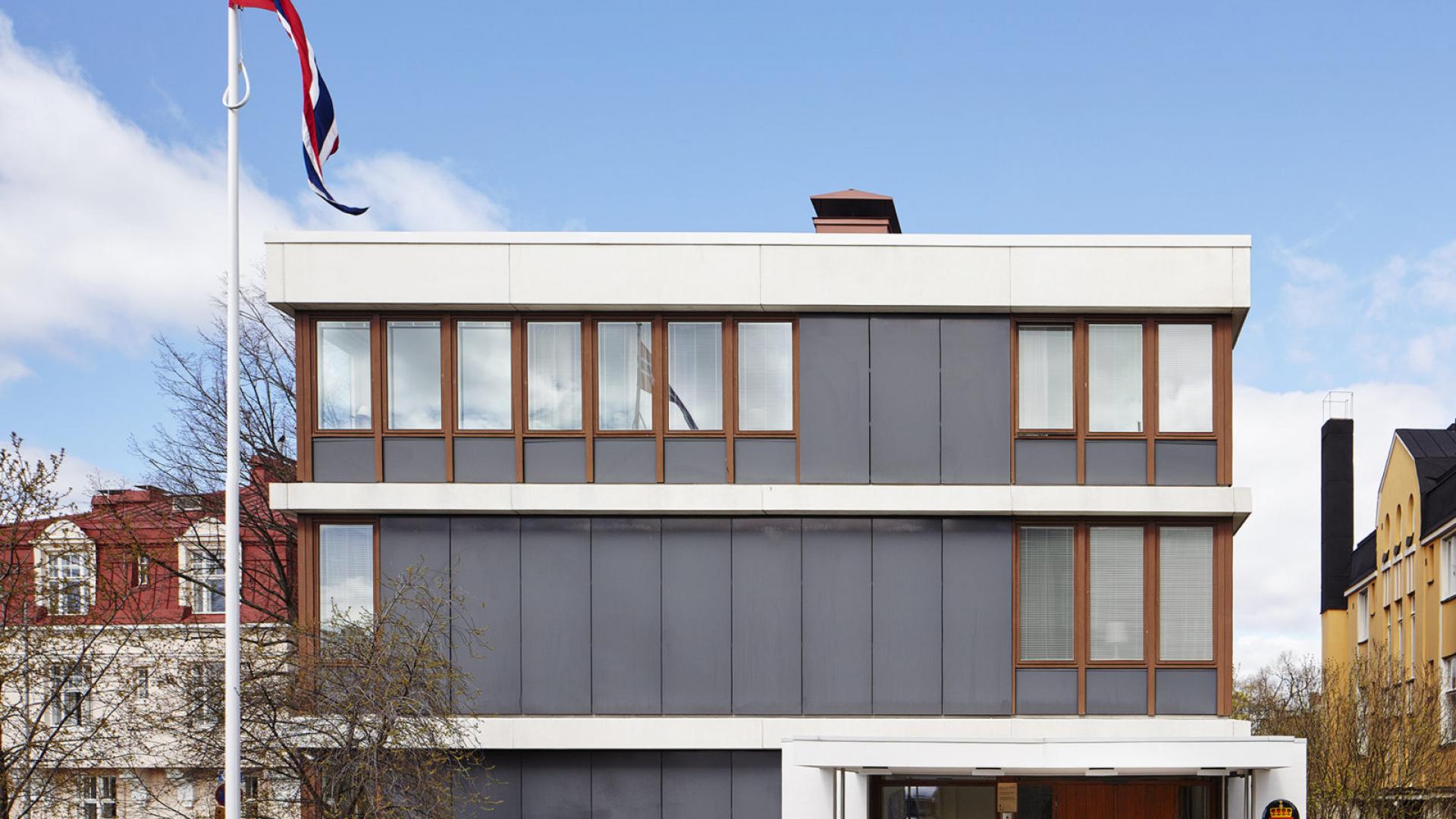 The Embassy building in Eira is built in 1964. It is designed by Norwegian architects Eyvind and Svein Bjöland.

An art nouveau building was demolished for the Embassy of Norway to be replaced. The old building was built by Selim A. Lindqvist, was completed in 1912 and was acquired by the Norwegian State in 1920. Embassy of Norway is a typical 1960s building, whose relatives are Alvar Aalto's houses. This is why it differs greatly from the surrounding buildings in the Eira region, which mainly represent the style of an art nouveau style.

The renovation work for the Embassy building was commenced in March 2014 and the revised Embassy Building was launched in May 2015.

The ALA architects were responsible for the original design of the repair work, and from the main design work during the construction work and the execution work done by Architect Eero Korhonen Oy. Wareco Oy was responsible for renovating the building's historically valuable building. With renovation, the building has been upgraded to meet today's requirements. Repair includes the construction of a new elevator and the replacement of ventilation. Improvements have also generally improved accessibility and space functionality.

Back to projects Send request